What Is Body Dysmorphia? 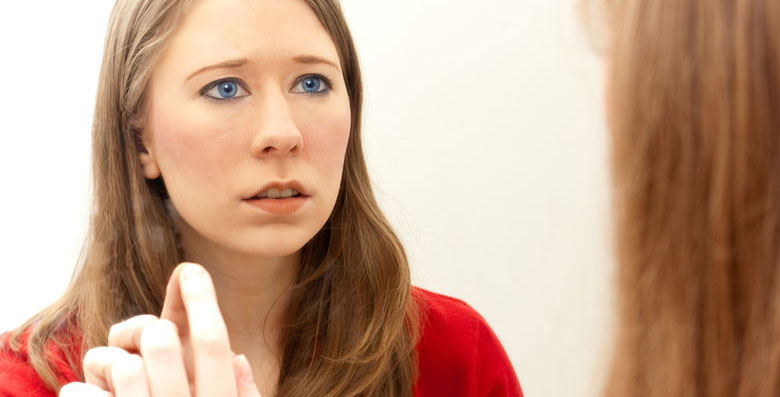 Body Dysmorphic Disorder (BDD) is a mental disorder characterised by a severe preoccupation with a perceived defect or slight imperfection in one’s appearance. Those who have this disorder focus on a specific feature to the exclusion of all other concerns. They can spend hours each day, often in front of a mirror, worrying and thinking about their looks. They compare their body parts or defects with those of other people, try to camouflage the parts they worry about and avoid social interactions. This obsessive thinking can disturb their work, social life and normal daily functioning.

The focus of their obsession can be any part of the body. Most commonly, however, people with BDD are bothered about their face, hair and skin. The nose, eyes and chin are the main regions BDD sufferers worry about, but other features like the ears, brows, cheeks, teeth and lips do not go unmentioned.  Other body part—stomach, breasts, thighs, buttocks, legs, arms and hips—as well as slight or small build and body weight can also become focal points for BDD.

People suffering from BDD usually have a poor self-image. They see themselves as deformed, hideous or ugly, when others see them as quite normal or even attractive.

BDD should not be confused with vanity. It is a mental disorder requiring medical treatment. According to the OCD and Related Disorders Program of Massachusetts General Hospital, “BDD is relatively common and affects close to 2% of the population” of the United States. Anxiety Australia says the number could be as high as 1 to 2 percent of the Australian population.

The disorder can affect both men and women, and people of any cultural background or ethnicity. Although BDD can occur at any age, it usually begins in childhood or during early adolescence.

People suffering from BDD often have other anxiety disorders, such as obsessive-compulsive disorder (OCD) and social anxiety disorder. They may also suffer from depression and eating disorders. Because the symptoms can seem similar, BDD can easily be misdiagnosed as one of those disorders.

Although the causes of BDD are not fully understood, researchers have identified a number of factors that may contribute to the condition. These include heredity, an imbalance of chemicals in the brain and maladaptive thoughts and behaviours. The latter is what makes people with BDD overemphasize the importance of being physically attractive. When they see themselves as lacking in some area, it makes them feel sadness, shame and anxiety, and they often experience very low self-esteem.

At my practice, we are concerned about BDD because people who have the condition often seek cosmetic surgery to remedy their perceived defects. Often, after surgery, they end up being unhappy with the results. Some BDD sufferers undergo repeated procedures on the same facial or body area. Sometimes, after a cosmetic procedure on one part of the body or face, they switch focus to a different part. This can be a surgeon’s nightmare.

Another concern of the cosmetic and plastic surgery community is that people suffering from BDD have high rates of suicidal tendencies and suicide attempts. No doctor wants this happening to his or her patients. One facet of my initial consultation with all patients involves an assessment of the patient’s attitude. If BDB is suspected, surgeons often refer the patient to a qualified psychological counsellor.

Treatments for BDD include cognitive behavioural therapy (CBT) and anti-depressant medications to remove chemical imbalances. Sometimes a combination of CBT therapy and medications is necessary.

You will find useful and more detailed information on BDD at: