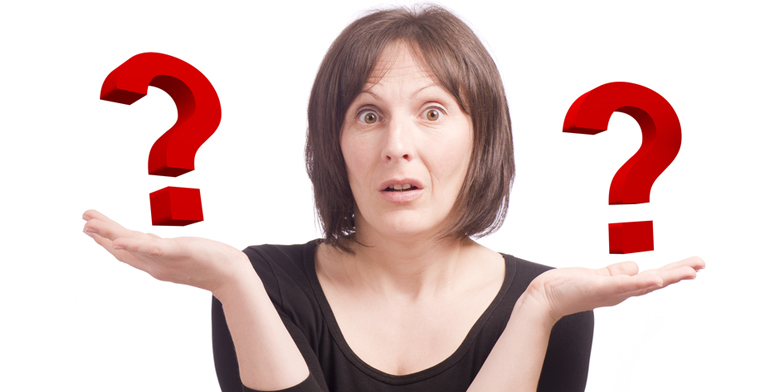 Q: Why do you say the deep plane facelift is more effective than other facelifts?

A: The deep plane facelift allows a surgeon to do a more thorough job in addressing the effects of ageing on the face and neck. It lifts the whole face by repositioning deeper tissue layers. The result accentuates the cheekbones, jawline and neck.

It is particularly good at lifting the mid face, an area that does not respond well to other types of facelift.

It produces longer lasting results than other facelifts.

Because there is little tissue damage near the skin surface, patients have less bruising and bleeding with a deep plane facelift.

But the best thing about the deep plane facelift is that it leaves little or no trace of a facelift having occurred. There is no pulled skin, no telltale, and plastic just-had a-facelift look. After a deep plane facelift people simply look well rested, rejuvenated and fresh, not as if they’ve gone under the surgeon’s knife. They look much better, and, of course, much younger, but not glaringly so. This is very much appreciated nowadays, as people move away from obvious results toward subtle improvements that stand the test of time.

In my view, all of these factors make the deep plane facelift far more effective than any other type of facelift available right now.

Q: How can such results be possible with the deep plane facelift?

A: With the deep plane facelift, the surgeon can work with the actual problem areas, ‘lift up’ the tissue and fix it more permanently than is possible with the skin only facelift or a standard SMAS facelift.

Skin-pulling facelifts only offer a surface solution. They do not address the actual problem, but offer a band-aid fix to facial ageing.

The SMAS facelift technique, sometimes referred to as the ‘muscle pulling facelift’, goes below the skin to fix the problems associated with the ageing face. It produces far better results than skin-only methods. But the SMAS can only achieve a certain level of success, because some problems associated with facial ageing go deeper than the SMAS layer. And with this technique, some skin pulling is often necessary for good results.

The deep plane facelift, without resorting to half measures, addresses the source of these problems:  the deep tissue layers of the face, below the skin and the SMAS tissue layer. During a deep plane procedure the deeper tissues of the face are released from their underlying muscles and reattached at higher anchor points. This is how the whole face gets lifted, allowing for superior results.

Q: Is the deep plane facelift a more serious surgery compared to other facelifts?

Yes, because the surgeon requires superior skill and expertise in handling the deeper tissue layers of the face to perform a successful deep plane facelift. As a facial plastic surgeon I am more than familiar with the expertise required for a deep plane facelift. In that context, it is surgically a more demanding procedure, or, if you wish, ‘more serious surgery’.

If you do your homework in researching procedures and surgeons, you will find that only a select few surgeons in Australia and around the world are performing deep plane facelifts. Surgically, it is more challenging than other types of facelifts. Of course, that is another reason I prefer it to others.

No, because, from a patient’s point of view, it really should not be considered a ‘more serious surgery’.

First of all, recovery times after deep plane facelifts are relatively short, compared to the alternatives. This is because most of the surgical work is done on deeper tissue layers of the face, rather than near the surface.

The second point goes hand in hand with the first. On the surface, you won’t see such serious signs of surgery after a deep plane procedure because, unlike with traditional facelifts, there is little undermining of skin during this procedure. The skin does not get separated from the underlying lymphatics, a key factor leading to the delayed swelling commonly seen with other facelifts.

Of course, that said, all surgery should be taken seriously. Regardless of a surgeon’s skill, there is always the element of risk, which cannot be entirely eliminated. Neither the deep plane facelift, nor any other facelift techniques are exceptions to this rule.

Q: Is it more risky or have more complications?

A: The deep plane procedure is not any more risky than other facelift techniques. In fact it leads to fewer complications, as I have explained above.

Q: Does it hurt more than a regular facelift?

A: No. In fact, I can honestly say it hurts less than most other facelifts. Because there is little trauma to the skin with its high concentration of nerves, people undergoing the deep plane facelift usually have a relatively painless recovery.

Q: Does it take longer to recover from a deep plane facelift? How long will I have to take off from work?

A: Despite its lack of serious complications, the deep plane procedure does involve a longer healing process for the deeper tissue layers. But it won’t be obvious to a casual observer, as it would during the healing process of a skin only or SMAS facelift.

It usually requires less downtime than other facelifts. Most people can get back to work after a relatively short initial recovery period of two weeks. Other facelift techniques typically require more time.

In addition to allowing facial tissue time to heal, the return to work is also delayed in most facelifts because the face is likely to be swollen and unsightly. With the deep plane technique, less swelling and uncomplicated scars help for speedy return to normal activities. This is another reason why celebrities love this procedure.

When you do return to work or social activities, people will not even notice you’ve had a facelift. They’ll know you look much better and will compliment you on how well rested you look. And you can go on as if nothing has happened. People who do not like to announce their beauty decisions to the world really appreciate this aspect of the deep plane facelift.

Q: Who is a good candidate for the deep plane facelift?

A: Practically anyone who is a candidate for a facelift can have a deep plane facelift.

On the other hand, with the deep plane facelift we often see younger candidates than is typical of the age group that you’d expect to be having facelifts.

The nature of the technique makes it a sensible choice for relatively young candidates. Because the deep plane procedure addresses muscle and tissue laxity at the source of trouble, facial plastic surgeons can recommend it to relatively younger people who’d like to prevent the signs of ageing from appearing in the first place. We can perform the procedure with a good conscience, knowing that the outcomes will be positive, and the patient’s goal can actually be realised. If someone in their mid forties undergoes a deep plane facelift, we can expect the results to last ten, or even fifteen, years.

This ‘pre-emptive’ facelift is not recommended for other types of facelifts. You are not a candidate for those techniques unless your face shows some level of facial ageing and skin laxity to begin with. Skin pulling techniques on younger patients can lead to them needing multiple revision surgeries by the time they reach their mid 60s. It really is not recommended. No one in their 40s wants to end up with the skin-pulled plastic look most people associate with face-lifted people in their 60s.

That said, the deep plane facelift can benefit people at any age. It is particularly attractive to some of the older crowd who want to look a bit younger, but do not want to look dramatically different. Some older patients—what you might call typical facelift candidates—also say that they’d rather not undergo another facelift. They deeply appreciate the long lasting results the deep plane technique can produce.

Q: I need a revision facelift. Will the deep plane facelift work for me?

A: Yes, definitely. The deep plane technique is ideal for revision surgeries, because in all likelihood the previous facelift would have been performed with a different technique. This allows limited scope for revision surgery. Your face can stand only so much skin and muscle pulling.

Q: Why does the deep plane facelift cost more than other facelifts?

A: As mentioned before, the deep plane technique requires the skill and experience only a few facial plastic surgeons possess. Naturally there is a premium price tag on such expertise, which is the primary reason a deep plane facelift costs more than a regular SMAS or skin pulling facelift.