How To Treat A Broken Nose 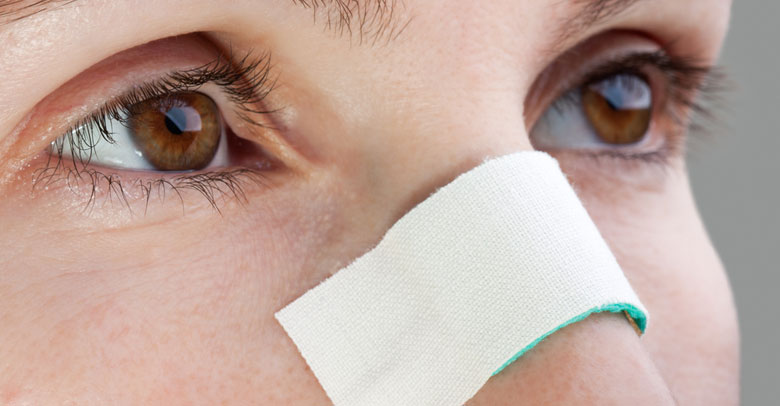 Broken noses are very common. They are the most commonly occurring facial fractures that we encounter. Nasal fractures are the third most commonly occurring type of bone fractures. If you’ve been in an accident and suffered an injury, often the damages to the nose would be considered far less critical compared to most other injuries; unless there is immediate obstruction to breathing or something obviously dangerous. Sometimes a nasal injury does not even become apparent in the immediately after an accident.

According to Dr Marcells, if nose injuries are not treated early, problems can occur down the track—with sleeping, breathing and by way of deformity—which all have consequences.

“Nose injuries are best treated immediately after the injury has occured,” says Dr Marcells. “Ideally, I or any other rhinoplasty specialist would like to treat an injured nose within three to six hours from the time of injury. A septal haematoma (collection of blood on the septum) needs urgent drainage and antibiotics as if left undiagnosed can led to infection and further complications. It is far simpler that way and the earlier the better for the patient.

At this time, before significant swelling has occurred, the fracture can be treated with an immediate closed reduction. A closed reduction is a medical term for resetting the broken bone without actually opening up the nose surgically. Setting the bone this way can be done either with a local or general anaesthesia. The best part of this is that there will be no incision resulting from the procedure. Which also means no scar.”

Unfortunately, a high percentage of broken noses are not treated at the time of injury. That means, the person with the broken nose is likely to see a nose specialist sometime later. Let’s discuss how nasal injury can be treated at different times.

Within the first two weeks significant swelling may have occurred, making it necessary to wait until after the swelling subsides. This may take one to two weeks after the date of the injury.

Says Dr Marcells: “Most fractures take longer than three weeks to heal. This makes it possible to try resetting the nose as a close reduction at any point within two weeks of injury. Again, this can be without an incision. Although this works in most cases, patients may need a revision procedure called a rhino-septoplasty in case any abnormality remains.

If the fracture is severe, and it is not possible to reset it without performing surgery on the nose, resetting can be done as an open nose surgery.

Seeing a nose specialist four to six weeks after surgery

At this late stage, the fracture cannot easily be treated because there will be scar tissue and fibrosing cartilage that will have formed around the fracture. Usually I recommend a planned rhino-septoplasty to be scheduled within three to six months to get optimal results.

Seeking treatment after a long delay

A long-standing broken nose may eventuate in deformity and asymmetry, nasal obstruction or in some cases, both. These can usually be treated at any point using an open nose technique or a rhino-septoplasty.

You can read more about nose reshaping surgery or rhinoplasty in the treatment section of this website.

If you need more information or wish to make an appointment with Dr Marcells, please contact us on 1300 555 095, email or using the ‘book consultation’ feature of this website.

If you found this information on treatment of nasal injuries useful, please share it with your network on Facebook.