Celebrity Facelifts – How Their Success Stories Can Be Yours 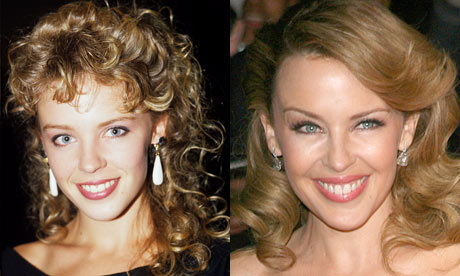 Celebrities are notorious for their facelift disasters. The stories of surgery victims such as former Olympian Bruce Jenner and the 87-year-old princess of Alba have been documented in gleeful detail by tabloid magazines.

We hear far less about successful work done on famous faces and figures. Why? Because when it’s done correctly, cosmetic enhancement is hard to see.

In this post, I’m going to talk about some of the world’s best-loved celebrities and explain why they personify the expression,“You’re not getting older, you’re getting better”—with the help of the little nip and tuck procedures I perform in my offices every day.

Ageless rock star Madonna doesn’t talk about cosmetic enhancement, but her constantly renewed and rejuvenated face tells the story for her. Anti-wrinkle injections are likely responsible for the fact that her frown lines and crows’ feet have disappeared and her forehead is wonderfully smooth for a 52-year-old woman.

The Material Girl also shows signs of having had a facelift with some volume restoration at the same time, perhaps witha fat transfer. Although Madonna’s smooth, firm face makes her look decades younger than her chronological age, her hands give her away. The wrinkles belie her real age!

Celebrity Chef Gordon Ramsey’s face has been described as everything from craggy to a deflated rugby ball. Deep furrows in his chin were ageing his appearance, and uneven skin made him look rough.His friend Simon Cowell advised him to have his wrinkled chin straightened out, but Ramsey told the Daily Mail that his children provided the true impetus for choosing cosmetic enhancement. Ramsey became paranoid about the crevices in his chin after he woke up one morning to discover his daughter trying to ‘squeeze pound coins into the cracks’.

Ramsey had the deep diagonal creases on his chin filled in by a doctor in a treatment that he says “took about four minutes on each side.” In addition to giving him a more youthful appearance, it also made him appear less threatening to television audiences!

Kylie Minogue denies having had cosmetic surgery and challenges people to try and find any scars as proof. They won’t, she says, because she hasn’t had a face-lift!

However, Minogue freely admits that she has used facial filler injections, such as dermal fillers, in her cheeks. This creates an elevated, plump look around the cheeks that makes Minogue look younger today than she did in the 90’s.

Joan Rivers is one of cosmetic surgeries greatest advocates. She’s never been bashful when it comes to talking about her love affair with cosmetic enhancement and recently boasted that she has undergone 739 procedures in her 79 years, getting pretty much everything nipped, tucked and injected.

Kathy Griffin is another funny lady who speaks openly about visiting her plastic surgeon for tune-ups. At the age of 26, the comedienne decided that a nose job would help her secure an agent in Hollywood. In her memoir, Kathy Griffin: My Life On The D-List, she writes about that nose job and the numerous procedures that followed: a brow lift, dermal filler injections, dental veneers, chemical hair straightening, chemical peels, liposuction, and more.

Despite being 53, Griffin was recently described by the Daily Mail as “fresh-faced” and “youthful.”

What’s the Next Step?

You don’t have to be an A-list celebrity or a red carpet regular to enjoy the benefits of a facelift, skin treatments, or other cosmetic enhancement procedure. With the help of a skilled professional, great results are possible for everyone.